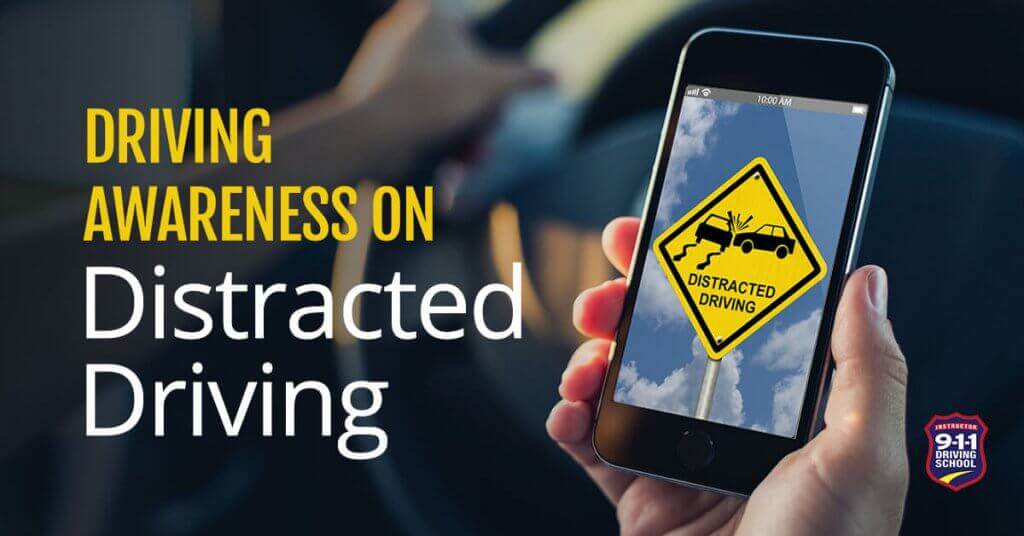 Washington is the latest state to join the list of places that ban using devices while driving with the Driving Under the Influence of Electronics Act. This includes more than just phones, but also tablets, gaming systems, computers, and other electronic devices while operating a vehicle.

To help bring awareness to the dangers of driving distracted, the Washington Traffic Safety Commission and Washington State Patrol partnered with 911 Driving School to do a demonstration.

Two teenagers volunteered to drive a car while talking and texting. This was done on a closed course that had cones spread to create different, normal traffic patterns and typical driving problems like sharp turns, switching lanes, avoiding a collision. Police officers, friends, and family helped by texting and calling the teens with questions.

Driving Under the Influence of Electronics Act

The Act applies to drivers in any situation where a driver should still be paying attention to the road. This includes stopped at a red light or a stop sign since a driver is currently in traffic and expected to focus. The Act does not apply to the following situations:

This is a move that lawmakers believe will push drivers to practice safety behind the wheel. In 2015, 3,477 people in the United States were killed in incidents where the driver was distracted.

Limiting the use of this technology to a single touch will significantly improve a driver’s ability to pay attention to the road. What most people don’t realize is that in just one or two seconds looking down at a device, the vehicle can move up to several hundred feet, depending on speed. If drivers use voice activation, blue-tooth, and a single touch to answer calls, they have both hands on the wheel for a longer period of time.

After the Act was passed, some areas started issuing tickets immediately, while others gave a six-month grace period. During this time, officers let drivers off with a warning to help spread awareness of the change. That grace period ended, however, at the beginning of the year.

Now drivers spotted using any kind of handheld device will receive a ticket all through the state. The fines on the tickets aren’t cheap either; a first offense fine is $136 and if a second offense occurs within five years, the price jumps to $234.

For a visual on the teenagers driving distracted event that 911 Driving School sponsored, the local news covered it and can be seen here.