Motorcycles and Awareness: A Driving Guide for Everyone on the Road 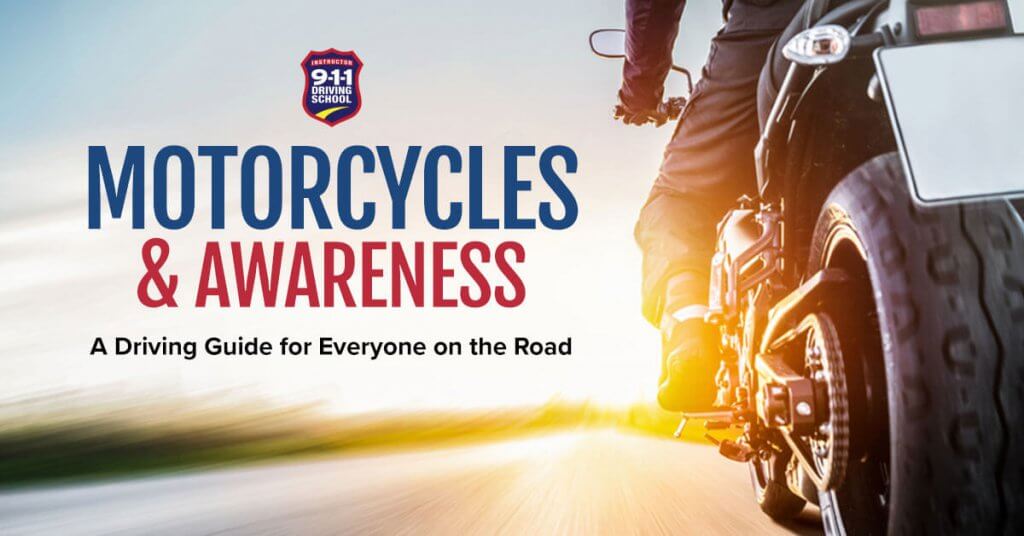 Whether you are driving a motorcycle or driving around them, it is important to brush up on your safety
skills. While most drivers are comfortable around other cars on the road, there are behaviors that are
dangerous to motorcyclists around them. Here are five tips for drivers with four wheels and those with
two.

Whenever you are changing lanes, it’s vital to check your blind spots.
The different rearview mirrors can miss drivers that fall in the blind area, so checking over your
shoulder is a good habit to get into. A quick glance doesn’t always cut it though. Motorcycles are
smaller than other vehicles, making the blind spot bigger and harder to spot them. Be aware and
check around you more carefully.

Motorcycles are easier to maneuver and only require small movements to
change lanes. When a motorcycle is on the road around you, give them space because they can
make a movement very fast and you might not be ready for it.

If a motorcyclist cuts you off or does something else to make you angry,
don’t tailgate, swerve toward, or make aggressive movements toward them. One small bump
and you could end that driver’s life.

Most drivers are not aware that intersections are danger hot
spots for bikers. People are not accustomed to looking for motorcyclists when turning left, often
turning into a motorcyclist when they thought the gap between cars was empty. Turning any
direction with a motorcyclist near is dangerous if other drivers aren’t watching carefully.

Driving under the influence of alcohol, drugs, or fatigue is dangerous,
but it’s especially dangerous around motorcycles. Since they have faster movements and an
impaired driver has slower reaction times, the results are more fatal for the motorcyclist.
Impaired driving is hazardous to everyone, so just don’t do it.

Drivers around you are not used to seeing the fast moves you can make when
changing lanes. It’s important that you signal for a few seconds before making a movement so
that everyone around you knows where you are going. Swerving in and out of traffic without
signaling is a recipe for disaster.

Small weather storms can create a dangerous roadway if you’re out on
your motorcycle. Driving through puddles, slippery roads, and high winds can easily cause a
driver to crash. If the weather is bad and you can’t avoid driving on your motorcycle, drive
slower and use extra caution.

3. Avoid driving when its dark

Motorcycles are already hard to spot on the road, but add in a dark
bike, dark surroundings, and a driver wearing dark clothes and the small lights just aren’t
effective. If possible, avoid driving when it’s dark. Always drive defensively, remembering that
others can’t see you very well.

Protective gear can make all the difference between life and death when
you ride a motorcycle. Always wear a helmet to keep your visibility good and protect your head
in case of an accident. Also, wear leather clothing to help protect your skin from road rash during
an accident.

While it’s dangerous for any driver to operate a car while drunk or
under the influence of drugs, it is even more dangerous for motorcyclists. Don’t ever drive your
bike if you are impaired in any way. One wrong move or jerky movement and you may not live
to tell the tale.

Oops! We could not locate your form.