Why Teens Delay Getting Their Driver’s License in Washington 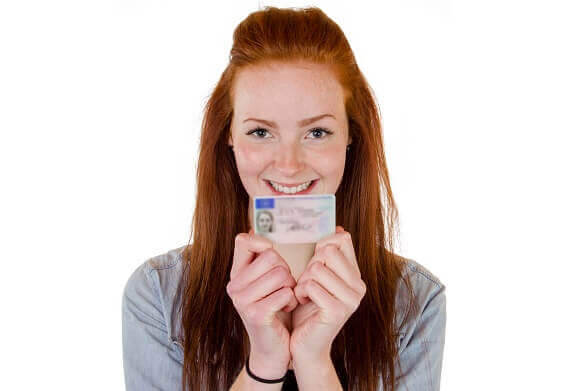 Young teens, all over the world, long for the day when they can finally get their driver’s license. That glorious moment of teenage freedom, when they can drive a car full of friends, windows down, wind in their hair, sun on their face while singing along to their favorite band.

You might think that the masses of Washington teens would be no different, but the number of new drivers between the ages of 15 and 17 who are getting their license has dropped since 2004. More and more teens are waiting to get behind the wheel until the age of 18 or even 21.

According to The Seattle Times and the Department of Licensing, “Those are some of the riskiest driver on the road.”

The biggest reason teens are waiting to get a driver’s license is due to the fact that, in 2012, the Seattle Public Schools stopped offering driver’s ed programs. And by 2013, 88% of students took driver’s ed classes at a private facility.

The AAA Foundation for Traffic Safety did a survey on more than a thousand potential drivers between the ages of 18 and 21. Out of that group, the majority said they didn’t get their license at a younger age because “they didn’t have a car.” The second largest number said they “just didn’t get around to it.” The third largest percent of teens said “the cost of gas was too expensive.”

The costs of private driving schools can be out of the financial range for many families. Without the option of classes being offered in public schools, money can play a major role in when and how teenagers receive the proper education to receive their driver’s license.

On average, the collected data of citations shows that teenagers who got their license at age 18 are three times more likely to receive citations than those who received their license at age 16. This is likely because 16- and 17-year-olds must have a permit to practice and take driver’s ed before they can receive a license. But once they turn 18, they simply have to pass the knowledge and in-person driving test.

In other words, the people who have waited to get their license, for whatever reason, are hitting the road without adequate practice and experience, making them some of the riskiest drivers behind the wheel.

A study done in Nebraska tracked 150, 000 teenage drivers over the course of eight years. The results showed that those who never participated in driver’s ed classes were 24 percent more likely to die in a fatal accident.Not to fret. Even though public schools no longer offer drivers ed classes, the private classes of Washington are the best of the best.There are several to choose from, which offer skillful practice and education to make sure their students are safe behind the wheel. There are even schools, such as

There are several to choose from, which offer skillful practice and education to make sure their students are safe behind the wheel. There are even schools, such as 911 Driving School, who employ trained police officers, firefighters, and EMS personnel to teach teenagers, or anyone for that matter, to navigate the ways of the road.

Speaking of the law

The lawmakers in Washington attempted to address this problem by creating a class specifically to educate the 18 – 21 year-olds who haven’t become licensed. A bill was introduced that would require those drivers to take up to 10 hours of practical driving lessons. Unfortunately, the bill never passed the Senate, but they continue to fight for the proper education of teenage drivers.

Having the right tools stored in your brain while you navigate a vehicle can be the difference between life or death. Driving is a risk that we all take, but with the right education, it can make the roads a little bit safer for all those behind the wheel.

Being part of the solution

911 Driving School provides the kind of education that new drivers need before they get out on the road and face a range of potentially stressful and risky situations. In order to reach as many students as possible, this school is also a great franchise opportunity. We’ve successfully trained more than 100, 000 students in many different states, and helped many new business owners become an important part of the solution

PrevPreviousWhat to do after a car crash?
NextNational Distracted Driving MonthNext