The Importance of Passengers in the Car 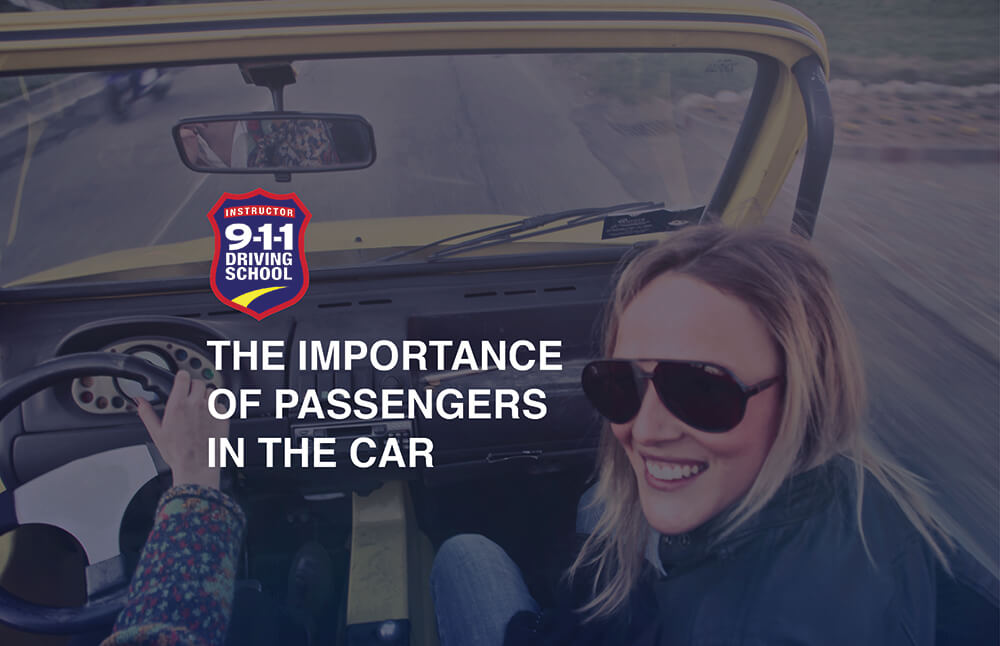 Teen drivers have a lot stacked against them when they first get their licenses. If you were to poll adult drivers, most would probably say the biggest reason for teen car crashes is cellphones. While they are a cause for concern for all drivers, teen drivers are dealing with a bigger problem that isn’t an electronic device; peer passengers.

In the June 2015 issue of the Journal of Adolescent Health, a study on the role of passengers in teen drivers and serious crashes. The CDC confirmed their findings that teens driving with teen passengers increased the crash risk when left unsupervised. The risk of crashing increasing with each additional teen passenger.

Just having peers in the car can cause a teen driver to do more risky driving behaviors like speeding, driving erratically, and playing the music too loud. Having these distractions is even more significant during the first few months of having a license, especially since 59% of teen passenger deaths happen in cars driven by a peer.

This information is helpful in guiding driving curriculums, but that isn’t enough. Teens require driving independently to get the experience needed to feel comfortable behind the wheel of a car. Data shows that new teen drivers need between 1,000 and 1,500 miles of independent driving before their risk of getting in a crash drops significantly.

In Illinois, drivers are limited to one passenger under the age of 20 until they have had their driver’s license for a year or they turn 18, whichever comes first. There are exceptions to this law, including driving a sibling, step-sibling, child or stepchild of the driver.

This is an example of graduated licensing laws. These grant privileges in stages, like limiting passengers and restricting nighttime driving. Every state has these in some form in the United States and it all started back in the mid-1990s. These licensing laws have been shown to substantially lower fatal crash rates in teenagers, according to the Insurance Institute for Highway Safety Highway Loss Data Institute.

Parents have a lot of influence in limiting distractions too. Make sure you stress and model the importance of driving safely, always. Whether you live in a state where these limitations apply, it is helpful if parents step in to encourage and enforce the rules. While you cannot control your child and the choices they make, you can set clear boundaries of expectations and talk to them more about making smart choices. Following up with questions of who was in the car and asking about distractions is also a great way to help keep your teen driver accountable.

Most adults remember the feeling of being able to drive friends around the first time. It is a lot of fun and comes with an increased level of independence, but it should be done safely. When teens understand the importance of limiting distractions, they can do better at keeping focused and reminding their friends to do the same.