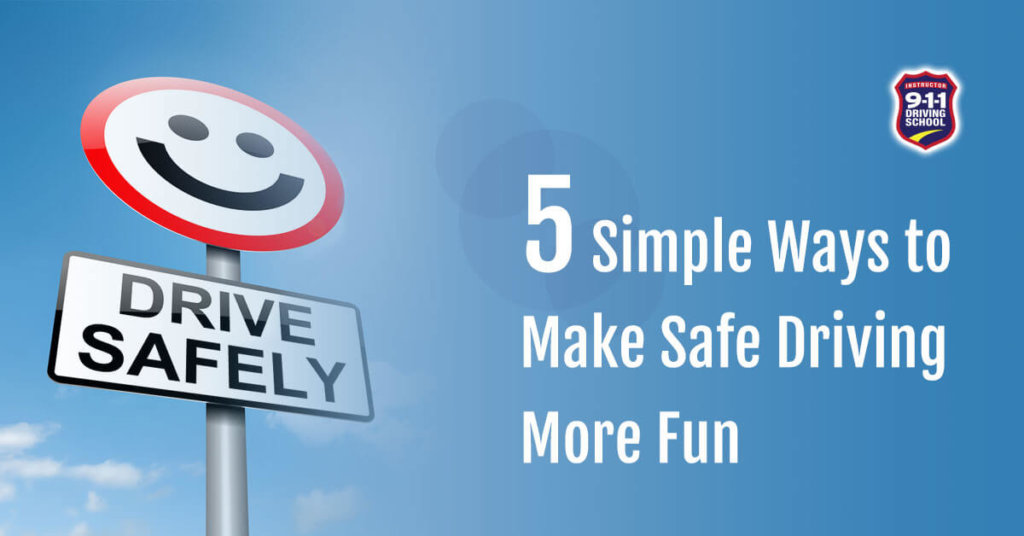 It is really easy to associate the word “safe” with the word “boring.” It’s just human nature. If we’re being “safe” then we’re obviously missing out on a chance to have more “fun.”

Before we go any further, let’s be clear about this one thing: “Driving is FUN!”

The best part is that it is still fun even when you’re taking all the necessary precautions to stay SAFE.

That’s right: you don’t have to drive at super speeds to have fun driving. You don’t have to weave through traffic and drift to a stop in your parking spot to make it fun.

We do, of course, understand that many of you won’t believe that defensive driving at the speed limit with both hands on the steering wheel is a total party. That’s understandable, too.

So, let’s take a look at some simple ways to make driving – even safe driving – more fun.

Why It’s Important to Make It Fun

We can compare “safe and boring” to “unsafe and exciting” all day, but that’s not the most important thing, here.

Many new drivers deal with a lot of anxiety when they get behind the wheel. They’re so worried about doing everything just right and avoiding potential dangers that they end up driving in a way that actually puts them in more danger.

How to Make It Fun

What is it about driving that makes it so fun? Is it the freedom of the open road? Probably. Is it the feeling of being in control of a powerful vehicle? That’s a part of it, too. Is it the chance to sing along with your favorite songs at the top of your voice with no one around to provide criticism? Well, your mileage may vary on that one.

The point is, there are a lot of things that make driving fun, so let’s consider a few things you can do to build on those elements to reduce anxiety and help new drivers look forward to their time behind the wheel.

Find Fun in the Journey

Many have said that it’s not about the destination, but the journey.

Granted, when they say that, they’re usually being metaphorical in some way. We, however, believe that the literal interpretation applies.

The fun of driving is in the journey. It doesn’t matter where you’re going, you can enjoy everything about getting from point A to point B. Whether you’re finding simple pleasure in exploring a new location or loving the freedom of going where you want, when you want, driving is fun.

It’s up to you to make sure it’s also safe.