The Driver’s License: Then and Now 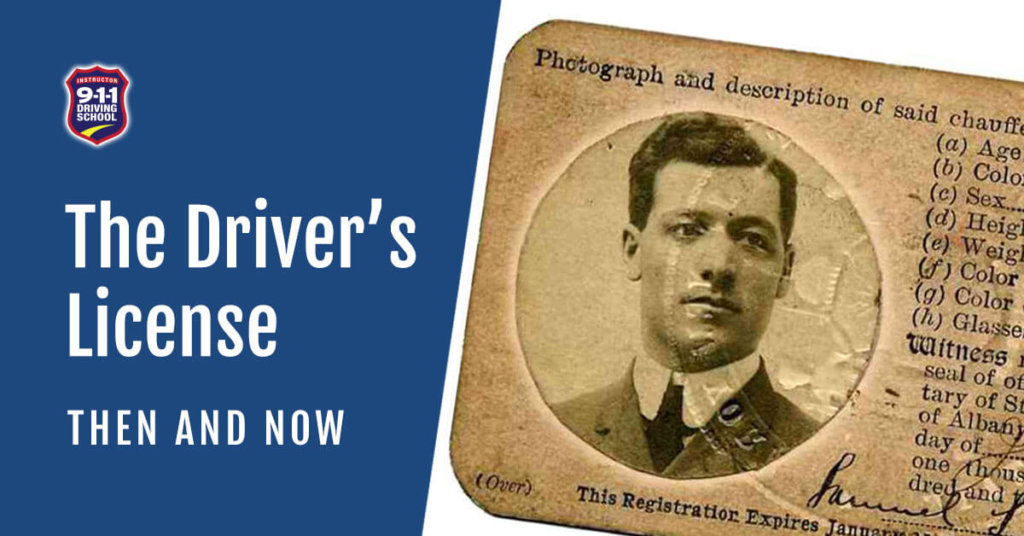 1899: The driver’s license begins in Troy, New York. With a letter signed by the mayor, the driver of a horseless carriage can go up to 6 miles per hour on city streets. In Chicago, they also require a certification to operate a steamer.

1900: Anne Rainsford French Bush becomes the first licensed woman driver. Her license allows her to drive a “four-wheeled vehicle powdered by steam or gas”. She was a good driver too, with Life Magazine reporting 52 years later that she never even got a dent.

1909: Pennsylvania becomes the first state to put an age restriction on licensing, making it an absolute minimum of 18 years old.

1913: New Jersey starts requiring drivers to pass a written exam before they can get a driver’s license. It consisted of “seven or eight general questions”. They also add a road test for licensing. The motor vehicle commissioner in New Jersey, Job H. Lippincott said “I confidently believe that other states will follow New Jersey’s lead, and that the results will be fewer accidents and better road conditions”.

1919: Michigan joins the licensing process and issues linen-backed paper permits. They are renewable every year until 1931, when the renewing period grows to three years.

1921: Connecticut drops the age requirement to age 16 for obtaining a license, also implementing an early version of graduated licensing laws like many states have today.

1924: New York State begins requiring all drivers to be licensed, regardless of type of vehicle or how often they drive.

1925: The learner’s permit is introduced in New York State. It was a 3-month permit requiring the holder to have driving guidance from a licensed driver.

1935: Texas issues free licenses that expire after two years. Each license comes with perforated sections that a patrol officer can remove for each driving violation.

1954: South Dakota becomes the last state in the country to require driver’s licenses.

1959: A written exam is implemented in licensing in South Dakota after 240 people die on the roads. 14-year-olds are allowed to get a license in South Dakota, but the field for sobriety tests also start.

1983: One-third of all licensed drivers in the United States are younger than 30 years old.

1995: Florida introduces graduated licensing for teen drivers that eventually spread in some version to all states.

Modern Day Drivers Licenses and Beyond

The driving age depends on the state, but the youngest is 14 (in multiple states) and the oldest is 17 (New Jersey).

Driver’s education courses for operating a car and learning the laws are implemented. Teen drivers ed courses are the most common, but many also get licensed as an adult for the first time.

It will be interesting to see how driver’s licenses look in the future and how they change. Will they become digital? Or maybe everything will be done with facial recognition software instead of carrying anything around? How will driverless cars change the licensing process?

Only time will tell, but for now, they stay the constant symbol of freedom.