What You Should Know to Avoid Intersection Crashes 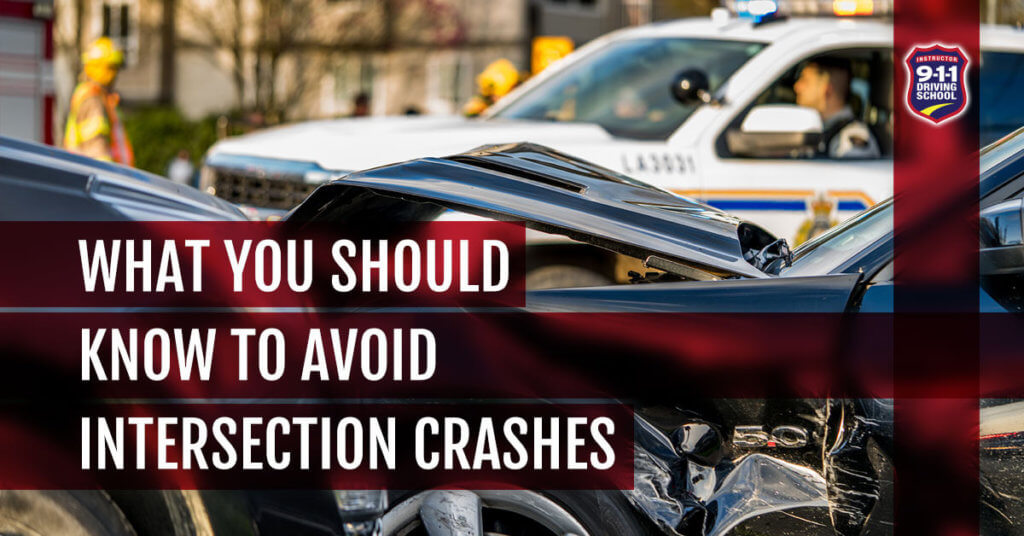 Driving has many risks involved, but not all risks are created equal. Did you know that about 50% of crashes happen in an intersection, making it one of the most dangerous places to drive? Yet, so many drivers pass through intersections all the time and don’t ever have a second thought about it. When people know better, they tend to do better. Here are some ways you can stay safe in intersections.

The biggest fault in most crashes is that people are not watching their surroundings well enough. In fact, 44.1% of intersection crashes are caused from inadequate surveillance of surroundings. If the intersection is run by road signs, like a two-way stop, four-way stop, or yield sign, it is important that every driver stops completely and looks each direction. Sometimes taking the same route every day or being in a hurry leads to drivers to become reckless and rush through.

At intersections where there is a light, drivers still need to be watching their surroundings. Pedestrians in the cross walk, people on bicycles or motorcycles, other drivers making a turn, or another driver slowing or stopping ahead of you can cause a crash. Approaching an intersection while watching in all directions is a great start to staying safe.

In busy intersections of all varieties, views can be obstructed by other cars, trees, and buildings. This limits your ability to see pedestrians in the cross walk and people trying to turn. Even in an intersection with great visibility, you can’t always anticipate another driver’s moves correctly. Sometimes cars will take chances by turning without enough space or changing lanes abruptly. It just isn’t possible to always watch and plan for dangers. For these reasons, it is imperative to not speed through intersections. The faster the speed, the less time there is to react.

Another part of speeding through intersections comes when there is a light turning red. Once the light has turned yellow, all vehicles are expected to clear the intersection. Since there are many intersections where a driver if waiting for traffic to stop before turning, it is extra dangerous to speed through. Instead, slow down and stop when the traffic light is yellow. On the other hand, when a light first turns green, slowly pull into the intersection. Other cars may still be clearing the intersection or even running a red light.

While anticipating another driver’s moves is a big part of driving safely, it is still important to let others know your intentions by using your signals. If you are planning on changing lanes, use your signal. If you are turning at an intersection, use your signal. If you are turning where there is a turn lane, move into the correct lane while signaling and keep it on until your turn is complete. When first turning on your signal, make sure you aren’t doing it too early, confusing and frustrating other drivers. Also don’t signal at the last minute or else drivers can’t plan for your actions. Remember that it isn’t smart (or legal) to change lanes in the middle of an intersection.

These tips are a great way to stay safe in intersections. While there will still be factors out of your control, knowing how to approach and drive through intersections can help keep you safer. Sharing your knowledge with a new driver or as a passenger can help spread safe practices too.