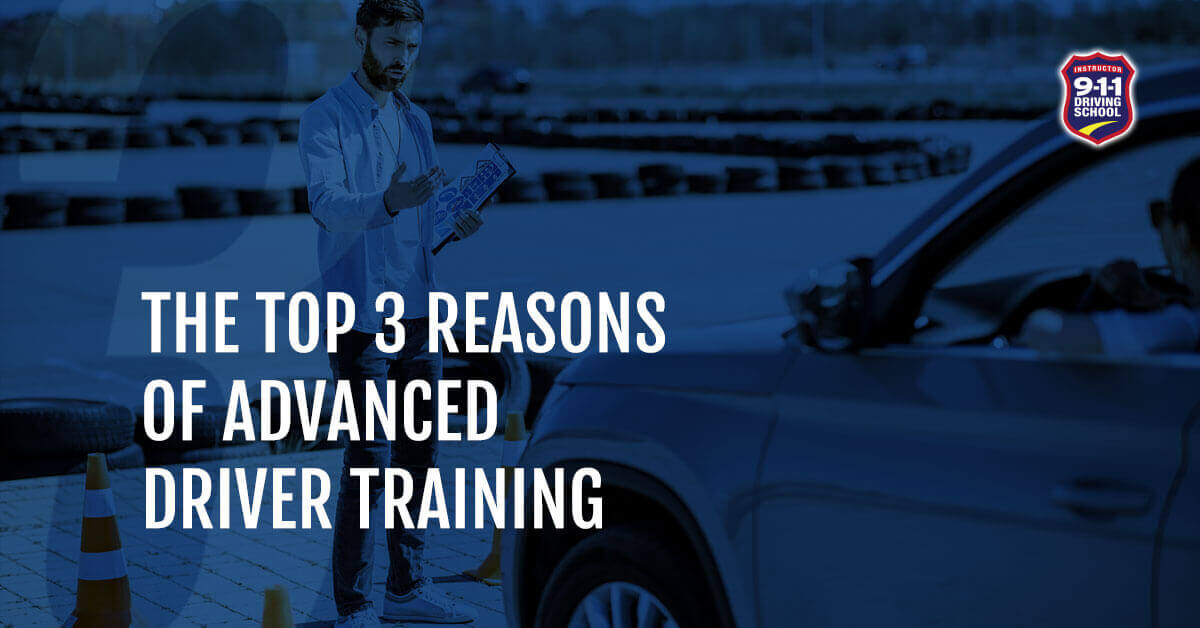 When new drivers take an advanced driver training class, some insurance companies will offer a lower monthly payment. Because drivers are learning more safety skills, they are generally more prepared to drive in regular traffic. There are even some insurance companies that offer this lower rate to adults when they take an adult driving class. It really speaks to the quality of these classes.

Another way drivers can save money through these classes is in paying less for car repairs. When drivers are navigating the roads more safely and anticipating the moves other drivers will make in traffic, they generally have less car accidents. Less car crashes means less money spent in repairing car body damage, traffic tickets, and increasing insurance premiums.

For new teenage drivers, safety is a big concern for parents. Having their children prepared to drive safely is something all parents want for their children. Concern for safety on the roads is not limited to parents though; spouses, children, and friends all want their loved ones protected too. Learning to drive defensively in an advanced driver’s training class can give drivers the skills needed to stay safe.

Another reason that safety is higher from these training courses is because it decreases the amount of errors made on the road. The National Highway Traffic Safety Administration has said that more than 90% of car crashes are caused from basic driver errors. This means human behavior and performance is the key factor in these crashes. By shining a light on these errors and teaching how to correct them, these mistakes can decrease. Couple that with teaching how to anticipate crashes or potentially dangerous situations and drivers stay safer on the road.

Reason #3: More Confidence Behind the Wheel

The key to confidence is knowledge. When drivers of any age are confident behind the wheel, they will drive safely. Paying attention to the small details of driving is something that takes a regular driving course to an extraordinary course. Investing time and education into a skill as basic as driving helps drivers be more prepared for a variety of situations on the road.

While many commercials say that having the best technology in the car is what makes a driver safest, that just isn’t true. The biggest difference in driving skills comes from having a thorough education with advanced driving instruction. These classes provide opportunities for students to practice responding to situations that require split-second decisions and maneuvering, keeping them and everyone else on the road safer. 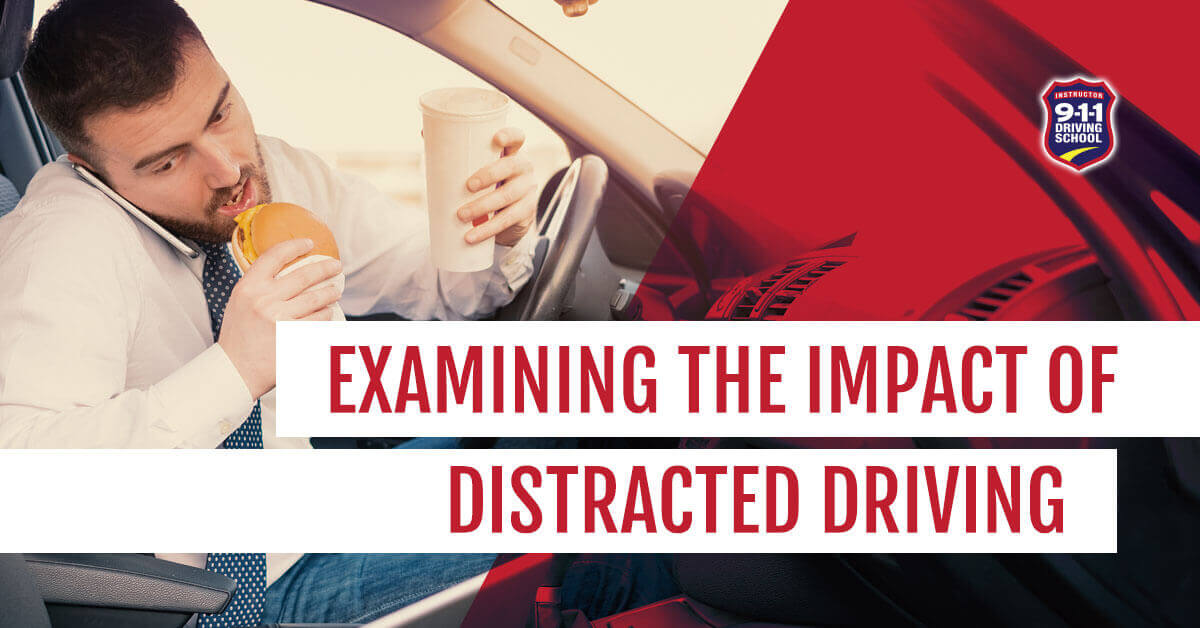 One of the biggest threats on the road today is drivers being distracted. Thousands are injured every year, yet this is a problem that many drivers don’t take seriously enough. The official definition of distracted driving by the NHTSA is doing any kind of non-driving activity behind the wheel of a vehicle. While a cellphone gets the most attention for distracting drivers, there are many more culprits that take the attention of a driver.

The Categories of Distraction

There are three main categories that distractions fall into:

Some of the most common distractions include eating and drinking, fiddling with the dashboard, picking up dropped items, and engaging in conversation with passengers or on the cellphone. Many distractions fall into more than one category, increasing the danger to others on the road.

Every driver is guilty of being distracted behind the wheel. Being mindful and attentive takes extra effort, but it is worth avoiding some of the terrible consequences that come from being distracted. Here are some statistics involving distracted driving.

Multitasking requires the brain to focus on one thing, switching between tasks quickly. The more you do while driving, the less you can focus on the road. If it is a cellphone you’re glancing at, even for a quick second or two, it takes up to 13 seconds to completely refocus on your surroundings. Eye activity also slows down during multi-tasking. During these times of focusing and refocusing, the brain isn’t fully focused on driving.

A vehicle traveling 30 miles per hour goes approximately 44 feet per second. Taking your eyes off the road for even 3 seconds means the car goes 132 feet without someone actively controlling it. There are countless problems that can happen during this time like a car braking up ahead, another driver pulling into traffic ahead of you, a changing light or missed stop sign, or even a child running into the road. One study found almost 80 percent of crashes involved a driver not paying attention for the three seconds leading up to the collision.

Taking the same routes or driving in familiar surroundings cause a driver to feel comfortable and pay less attention to the road. Approximately 77 percent of car crashes occur less than 15 miles of a destination. Driving in auto-pilot mode is dangerous for any driver, so never let your guard down.

Depending on the state you reside, there are varying consequences for driving distracted. To help emphasize the need for paying attention while driving, here are some steps states have taken to legislate change.

Each of these laws come with varying fees and consequences. Insurance companies are also paying attention. If a driver is ticketed with one of these offenses, they can enforce their own consequences, including raising rates or not renewing a policy.

To keep everyone on the road around you safe, it is important to always pay attention while driving. This helps protect yourself, the other drivers, and any pedestrians in the area. Driver safety is an important part of drivers education and should be a focus for every veteran driver too. 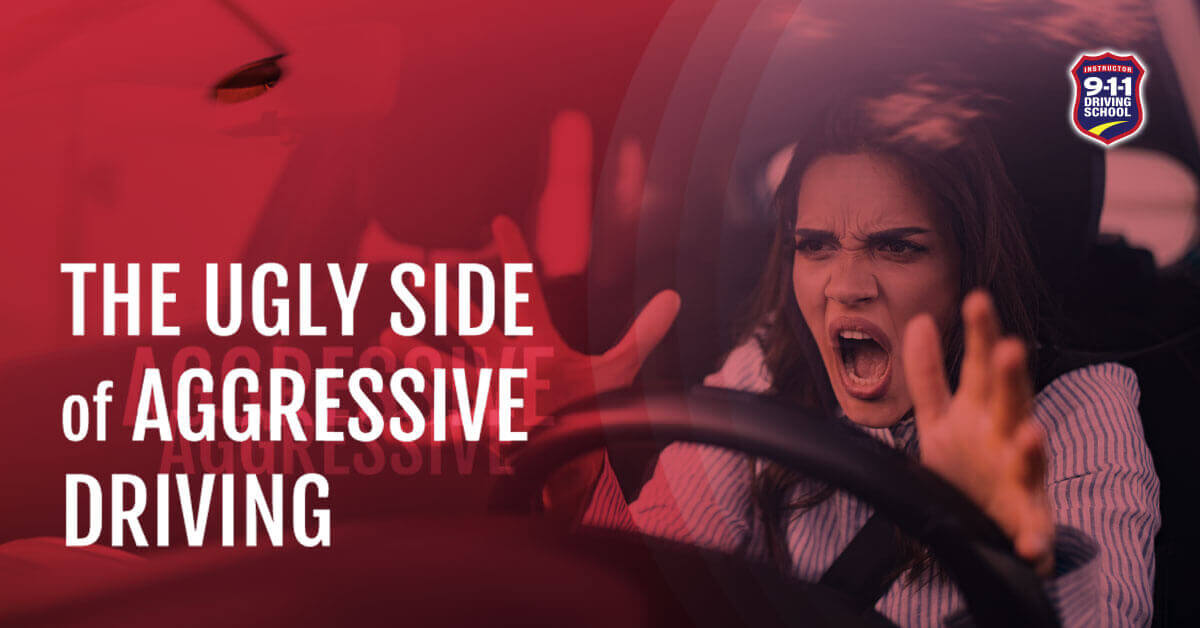 Just about everyone has experienced irritation and anger while driving. After a rushed morning or driving home after a long and tiring day, these emotions are even quicker to appear. All it takes is another driver cutting you off, not letting you merge, or just sitting in slow-moving traffic. However, reacting angrily toward another driver in any way is aggressive driving.

The Devil in the Details

Aggressive driving can include a range of reactions from subtle, deliberate acts to full blown episodes of “road rage”. It is also very common. In a 2016 survey done by the AAA Foundation for Traffic Safety, nearly 80% of drivers said they often feel angry and show aggressive behaviors while driving. When asked what behaviors they show, here are the most common responses:

Several of these behaviors can get you a ticket if seen by a police officer, but that isn’t the most concerning part of aggressive driving. Each act can take a situation that likely started off small and then escalates it to more serious behaviors. The news commonly has stories of people who are injured in or out of their vehicle because of something that happened on the road then escalated. This is why 90% of the drivers responded that they felt aggressive drivers were a serious threat to personal safety.

Sometimes aggressive actions are subtle and drivers don’t even realize they are doing them, such as:

These small acts of aggression still have the same effect of causing bad feelings and escalating situations that were already intense.

The Consequences of Aggression

As mentioned previously, traffic tickets and fees are a common consequence to aggressive driving. These tickets can be costly themselves, but some car insurance companies can increase your rates or refuse to continue coverage once the policy is up for renewal.

Another common cost is vehicle damage, to your car or the other car involved. These costs add up quickly. In the case of a broken headlight, taillight, or other lost essential function, the vehicle can’t be driven until the repair is done. This could mean paying for other forms of transportation or losing time and convenience.

Of course, the most terrifying consequences that come from aggressive driving are serious injury and death. It is impossible to tell what type of person you are engaging with if you get involved in a road rage incident. Some people will stop at nothing until they get revenge. In the wide scheme of things, it’s too bad that such serious consequences happen over small, unimportant driving actions.

Many drivers make a commitment to being more kind on the road but quickly revert into their old habits. Instead of just saying they’re going to be calmer, here are three tricks to helping yourself calm down behind the wheel.

The most important thing to remember is that you are trying to get yourself and any passengers in your car to a destination safely. There is nothing more important than driving safely. If someone cuts you off in traffic or fails to let you merge, it doesn’t require aggressive driving on your end. If another driver is getting aggressive with you and you can’t get away from them, call the police.