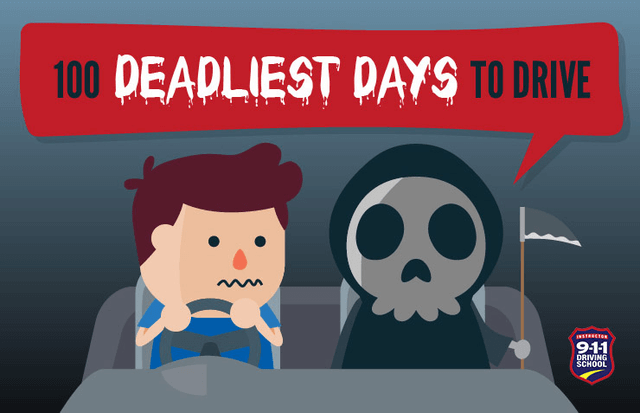 Memorial Day is the unofficial start of picnics, vacations, swimming, and deadly accidents. From Memorial Day to Labor Day, there is an increased number of car crashes. From 2012 to 2017, there were more than 5,000 deaths during this time frame. Let’s look at the five most common reasons behind crashes and ways that you can stay safe.

1. Be Aware of Increased Traffic

2. No Impaired and Drowsy Driving

Long road trips, big parties, and holiday celebrations lead a lot of people to drive while impaired in some way. Whether it is alcohol, drugs, or driving drowsy, people are getting behind the wheel of a car unable to drive safely. If you find yourself in any of these situations, don’t rationalize that you are good enough to drive. Instead, find a friend to be your designated driver or call a ride share or taxi service. It’s never worth putting your life and those around you at risk.

3. Don’t Forget to Buckle Up

When the sun is really hot, it’s not comfortable to buckle up. Don’t wait until they cool off. Don’t worry about being too wet or that you’re close enough to home that you neglect it either. If you are driving, you are responsible for making sure everyone in your car has a seat belt and is wearing it. Even minor collisions can have fatal results when proper restraints aren’t used.

Driving too fast is a common cause for car crashes. With dry roads, clear skies, and fun things to do, drivers tend to drive a little more recklessly. Combine this reason with more drivers on the road and it is a recipe for disaster. The most common reason for speeding is because you’re late or have some sort of road rage. Plan and make sure you leave on time, giving yourself a buffer for bad traffic. With more people out driving and pedestrians out walking, it is important that you don’t speed so that everyone can stay safe. If you ever find yourself in a situation where another driver wants to race, don’t do it. It is illegal and dangerous.

Texting and driving is the most common distraction for drivers. Don’t mess with your phone in any way while operating a vehicle. Pull off the road and out of traffic if you must enter an address, take a call, or send a text. Even looking down for a few seconds can cause fatal results. 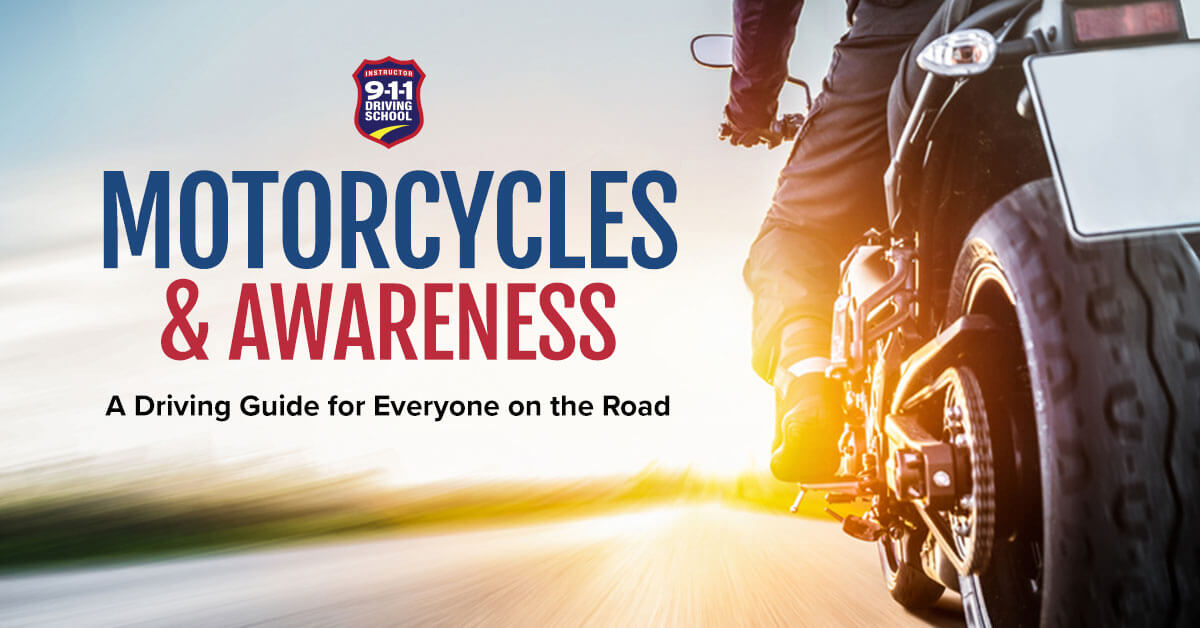 Whether you are driving a motorcycle or driving around them, it is important to brush up on your safety
skills. While most drivers are comfortable around other cars on the road, there are behaviors that are
dangerous to motorcyclists around them. Here are five tips for drivers with four wheels and those with
two.

Whenever you are changing lanes, it’s vital to check your blind spots.
The different rearview mirrors can miss drivers that fall in the blind area, so checking over your
shoulder is a good habit to get into. A quick glance doesn’t always cut it though. Motorcycles are
smaller than other vehicles, making the blind spot bigger and harder to spot them. Be aware and
check around you more carefully.

Motorcycles are easier to maneuver and only require small movements to
change lanes. When a motorcycle is on the road around you, give them space because they can
make a movement very fast and you might not be ready for it.

If a motorcyclist cuts you off or does something else to make you angry,
don’t tailgate, swerve toward, or make aggressive movements toward them. One small bump
and you could end that driver’s life.

Most drivers are not aware that intersections are danger hot
spots for bikers. People are not accustomed to looking for motorcyclists when turning left, often
turning into a motorcyclist when they thought the gap between cars was empty. Turning any
direction with a motorcyclist near is dangerous if other drivers aren’t watching carefully.

Driving under the influence of alcohol, drugs, or fatigue is dangerous,
but it’s especially dangerous around motorcycles. Since they have faster movements and an
impaired driver has slower reaction times, the results are more fatal for the motorcyclist.
Impaired driving is hazardous to everyone, so just don’t do it.

Drivers around you are not used to seeing the fast moves you can make when
changing lanes. It’s important that you signal for a few seconds before making a movement so
that everyone around you knows where you are going. Swerving in and out of traffic without
signaling is a recipe for disaster.

Small weather storms can create a dangerous roadway if you’re out on
your motorcycle. Driving through puddles, slippery roads, and high winds can easily cause a
driver to crash. If the weather is bad and you can’t avoid driving on your motorcycle, drive
slower and use extra caution.

3. Avoid driving when its dark

Motorcycles are already hard to spot on the road, but add in a dark
bike, dark surroundings, and a driver wearing dark clothes and the small lights just aren’t
effective. If possible, avoid driving when it’s dark. Always drive defensively, remembering that
others can’t see you very well.

Protective gear can make all the difference between life and death when
you ride a motorcycle. Always wear a helmet to keep your visibility good and protect your head
in case of an accident. Also, wear leather clothing to help protect your skin from road rash during
an accident.

While it’s dangerous for any driver to operate a car while drunk or
under the influence of drugs, it is even more dangerous for motorcyclists. Don’t ever drive your
bike if you are impaired in any way. One wrong move or jerky movement and you may not live
to tell the tale. 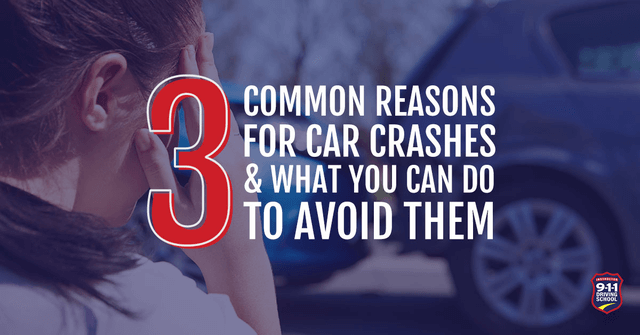 Part of getting a driver’s license is a test, requiring students to know all the basic driving laws. After the test is done, a lot of drivers forget what is required during certain maneuvers. Some of the biggest problems are unsafe lane changes, forgetting right-of-way rules, and improper turns. The laws are made to make travel efficient and decrease confusion while keeping everyone safe.

Review the laws from time to time. Make sure you know what is legal and what isn’t. Also, pay attention to the drivers around you. If someone else goes before it is their turn, don’t be so stubborn that you go anyway. It’s more important to be safe and get to your destination safely.

Driving requires a clear mind and good control of your car. If you ever operate the vehicle with anything in your body that decreases your ability to be safe. It’s important that you avoid ever driving if you have been:

Another way that many drivers are impaired without realizing it is fatigue. This makes you just as fuzzy and prevents clear thinking just as much as drunk driving. These all slow down your reaction time, which is dangerous for switching lanes, if you have someone cut you off, or someone stops quickly in front of you. This makes you a danger on the road to everyone around you.

Arrange to have someone else drive if you know that you will be drinking or doing drugs. Carefully review side effects of medications. Be well rested and prepared with caffeine, planned stops, music, or something to keep you awake for the entire distance. Don’t ever rationalize that you’re okay to drive in any of these situations. Call a cab, make other plans, or pull off the road to sleep or switch drivers.

One of the leading causes of accidents right now is distracted driving. It comes in many different forms. The distraction that is getting the most press right now is texting while driving. This is certainly very dangerous, but it is not the only thing distracting drivers. Some other common examples are:

There are all kinds of distractions that take a driver’s eyes off the road and they are all dangerous. Taking your eyes away for even a few seconds can allow you to drive hundreds of feet without paying attention. So much is happening in any given situation that you can easily miss someone turning in front of you, braking, or a pedestrian stepping in the road.

Put the devices away, limit phone conversations, and pull off the road if you need to do anything that prevents you from giving driving your full attention. 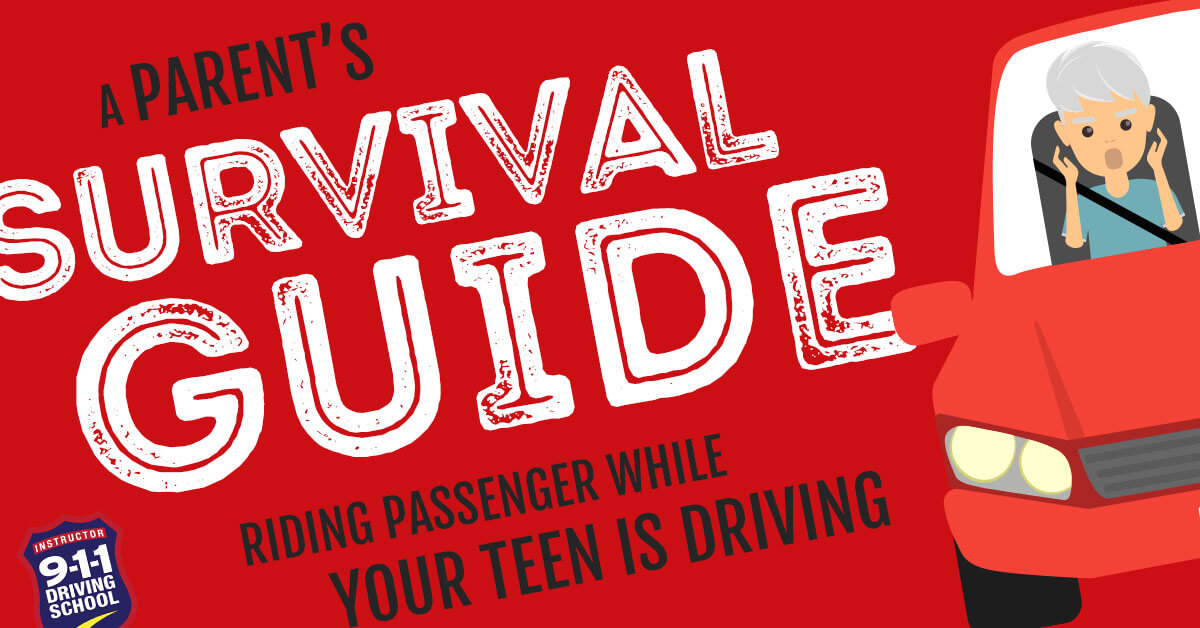 Most states require a licensed driver or parent to ride passenger with their student driver for a certain number of hours. This helps the student to get practice on the road with some responsible supervision. If you are a parent, you will spend many of these hours in the car with your student, so here is a little survival guide for you.

The last thing you want to do for your new driver is to scare them (or you as the parent) too much. Even if your driver feels ready to jump right into busy roads, it’s not a good idea. Start working on basics in a parking lot and move to neighborhood streets. After a bit of practice, try moving to slightly busier roads. Stick to familiar roads for the both of you. That way, you can know what to expect. As your teenager becomes more experienced, move to busy roads and eventually the freeway.

When you are out driving together, have your teen explain what they see. Some examples might be:

While it won’t help you completely relax, it can help you know that they are paying attention to their surroundings. It also provides opportunities for you to teach your teen what they should be watching for while driving.

3. Put your phone to use

Part of the reason you come along is to help teach your teen, right? If you have your phone handy, you can test their restraint by texting them every so often to see if they stay focused on the road. Use this as a teaching moment if they reach for their phone. Remind them how important it is to not use their phones even at stop signs and red lights. They should pull off the road and out of traffic if they need to use their phone.

Bumper stickers and/or magnets that say “Caution: New Driver” or “Student Driver, please be patient” are available to purchase online and in some local stores. You can also make your own using some paper and a magic marker. This helps other drivers be aware that your teen is still learning, and they should be patient and give them a little extra space.

Behind every great driver is a parent who put in the hours and sweat to teach them. Make sure you buy yourself a reward, even if it’s a pack of gold stickers. It’s a big accomplishment for your teenager to get their driver’s license, but it’s also a big step for you too. Driver’s education teachers rely on parents to reinforce what students learn in class. These parent survival tips will help you be prepared for some common situations parent-passengers experience.